Norwich City Football Club legend Jeremy Goss was at a special charity evening at the Desh World Foods Supermarket in Magdalen Street, Norwich, on May 17  to help raise funds for The Norfolk & Norwich Association for the Blind (NNAB).

The event was sponsored by Shana Foods, one of Desh Supermarket’s main suppliers of Asian foods. Nikhil Desai from Shana Foods and Abul Hussain, director of Desh Supermarket, welcomed guests and encouraged them to enjoy freshly-cooked paratha bread, curry, spicy rice and lamb kebabs, together with non-alcoholic drinks, which were served in the Desh Deli during the evening. Guests were also given a goody bag containing Shana Foods items, plus incense sticks and Desh shopping vouchers.

Members of the Magdalen Street & Anglia Square Traders Association (MATA) were also invited and helped to make the opening evening a success in raising awareness of the importance of the multi-cultural shopping area of Norwich.

Mike Talbot, CEO of the charity NNAB, along with his colleague Donna Minto, presided over the prize raffle draw, and thanked all those who had helped raise funds for their charity. 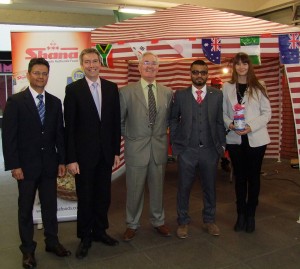 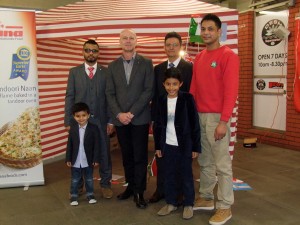 QD is opening its latest store on Friday in Cromer, creating 15 local jobs. And there’s prizes for the first 10 customers who turn up to check out the new store.

The new store is in Cadogan Road near to Cromer Bus Station and it will stock QD’s wide range of products including extensive ranges in groceries, furniture and home, garden, pets and clothing. The new store is on the site of the old Brammalls Furniture Store.

The opening adds to the 43 stores it operates, including in Norwich, North Walsham, Gorleston, Dereham and King’s Lynn.

Group chief executive Nick Rubins considers QD, and its sister brands of Lathams, Cherry Lane Garden Centres and Thing-Me-Bobs, as one of the original value retailers. The original concept, founded by Nick’s father and current chairman, Danny Rubins, was to create a range of independently owned stores which offered a wide range of constantly changing, quality products at discounted prices, which was how the name QD was established.

Nick said: “Effectively QD was one of the first discounters on the High Street in East Anglia and, despite strong competition, our business continues to thrive and remains a key part of the local communities in which we operate. In 2016 we will be raising money for the East Anglia’s Children’s Hospices, as a charity which operates across a core area of our geographical heartland.

“We’re proud of the business we’ve established and of its strong foundations. Everything is paid for, not built on credit.”

The QD Group has also been able to provide numerous employment opportunities to people within its local communities. It currently employs approximately 1,500 people across the business, some of whom have worked for the organisation for more than 25 years. 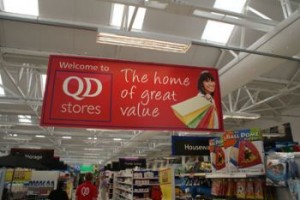