The Aylsham and Holt branches of Santander are to close in the summer as the bank reshapes its branch network.

The two branches will be among 140 nationally to shut in response to changes in how customers are choosing to carry out their banking.

Aylsham’s Red Lion Street branch will close on July 4, and the Holt one on June 13.

Santander’s future branch network will be made up of a combination of larger branches offering improved community facilities to support local businesses and customers, and smaller branches using the latest technology to offer customers more convenient access to banking services.

Santander has consulted its trade unions on the proposed changes and will seek to find alternative roles for the 1,270 colleagues affected wherever possible. Santander expects to be able to redeploy around a third of those affected and will be closely supporting colleagues over the coming weeks as the consultation process continues.

Santander will also support customers of closing branches to find other ways to bank that best suit their needs, including individual help to find alternative branches and access digital, telephone and Post Office banking services.

Around 100 Santander branches will be refurbished over the next two years through an investment of £55m. Work to improve the North Walsham branch has already been carried out and the new-look branch was re-opened in November.

Susan Allen, head of retail and business banking, said: “The way our customers are choosing to bank with us has changed dramatically in recent years, with more and more customers using online and mobile channels. As a result, we have had to take some very difficult decisions over our less visited branches, and those where we have other branches in close proximity.” 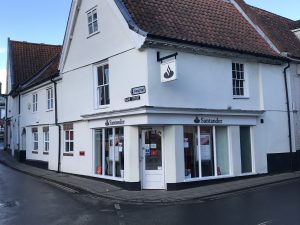 The Aylsham branch of Santander

Funding for a wide range of projects designed to improve the economic vitality of North Norfolk’s four inland market towns has been approved.

A meeting of North Norfolk District Council’s Cabinet agreed to a set of recommendations today which had been put forward by the Market Towns Initiative working group.

Each town was able to bid for £100,000 to spend on projects enabling them to take part in the development of their economic future. The money comes from a total pot of £400,000.

Around £130,000 remains in the Market Towns Initiative fund and a second round of applications will be opened to access this money, with the closing date for these applications being February 12.

Sarah Butikofer, leader of North Norfolk District Council and chairman of the MTI working group, said: “I was delighted by the range of projects that were put forward and very pleased that cabinet ratified the recommendations of the working group this morning. All of our communities deserve our support.”

The Holt Society – £7,210 to design and print a pamphlet and five notice boards to provide information on the Holt Owl Trail to residents and visitors.

Love Holt – £26,000 to implement a major marketing campaign for the town designed to increase visitors and trade.

Holt Town Council – £17,514 for projects including an accessible Yellow Brick Route, and a Holt park-and-ride scheme. 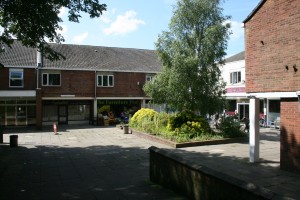 The Auden Theatre at Gresham’s School in Holt is hosting an Invitation Day on Saturday, September 23, to give people a look behind the scenes.

Members of the public are invited to explore the venue and discover what goes on backstage, meet some of the theatre team and learn just what it takes to put on a great show. The event is free.

The team will be giving a guided tour of the theatre, including the dressing rooms which have played host to an array of local, national and international performers including Lesley Garrett, CBE and the late Sir John Hurt. There will also be complimentary refreshments.

The Auden Theatre hosts a diverse range of events and performances from rock concerts to pantomime and is open to the public all year round.  View the full programme at www.audentheatre.co.uk

They’re all ready to rock in Bodham as its charity music festival gets under way at the weekend.

Rock Bodham will be held at the village playing field on Saturday, July 22, and the village’s Red Hart pub on Sunday 23rd.

Britpop covers band The Stereotypes, local bands Generals and Soul Alliance are among the bands to have been confirmed alongside DJ’s Naughty Daughty and 2016 Sheringham battle of the bands winner Liberty Popey. The headline acts are Bloodshake Chorus on the Saturday and, on Sunday, Red Leaf.

Festival secretary Callum Ringer said of this year’s line-up: “Bloodshake Chorus played for us last year, in the middle of the afternoon, and went down really well it was a no brainer to ask them back, and to put them higher up the bill.  We are also looking forward to welcoming back Soul Alliance, and Generals from previous years, but we also have some new acts, and I’m really excited for Knotted, The Stereotypes and The Dulcet Tones.”

On Saturday, alongside the live music which starts from 1.30pm, there will be a children’s entertainment, stalls and fete games, bouncy castle and circus skills for the afternoon.  There will be a licenced bar and barbecue all day and into the evening as well as a raffle on both days. The event gave away more than £3,000 last year to a range of local charities and has given away more than £15,000 since its inception in 2012.

The event organisers have put out a plea for more volunteers for the weekend.  Callum said: “To be able to make as much money as possible, we really need as many people to help as possible. We have stalls and games ready to go but they won’t run themselves.”

Tickets for Saturday are £5 for adults and £1 for under 12s.  Under threes free. it’s free entry to Bodham Red Hart on Sunday, donations taken on the day. 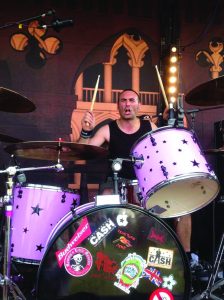 The Princess Royal flew in to Gresham’s School by helicopter at the weekend to officially open its new music school, the Britten Building, and to hand out prizes at the annual Speech Day celebration.

Her new role as The Prime Warden of The Fishmonger’s Company also means she is Gresham’s Ex Officio Governor and she was met by an excited group of Pre-Prep and Prep pupils as she made her way to the School’s Memorial Chapel to enjoy a service for Upper Sixth leavers and their parents.

To commemorate the opening of the Britten Building, she planted a tree and, after a tour of the building and time spent chatting to donors and school governors, she unveiled a plaque in the building’s foyer. 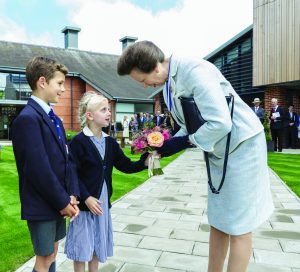 said: “We feel deeply honoured that HRH The Princess Royal has agreed to become a Governor of Gresham’s in her capacity as Prime Warden of The Fishmongers’ Company.  She follows in the footsteps of her father and Gresham’s Patron The Duke of Edinburgh who has been a governor previously.

“Gresham’s is also very excited to welcome Sir James Dyson as a governor from September. The school is in great spirits after a lovely speech day and the opening of new facilities. We are lucky enough to enjoy growing school numbers and are well set for the future.”

The princess handed out prizes to 80 pupils and took the time to speak to each one in turn.  After her departure by helicopter, guests enjoyed lunch and many stayed to watch a ‘Staff vs Leavers’ cricket match.

Paul Thompson and his converted milk float, Bluebell, are well on their way to Cornwall on their charity busking bonanza.

The Sheringham-based singer/songwriter is driving the souped-up vehicle all the way to Land’s End and said he has already raised more than £1,500 towards his £5,000 target for Cancer Research.

“The highlights have included stopping to do an interview and play a song on Cambridge 105 (I played a song I’d written in memory of my dad and made the presenter cry on-air!) and performing to a group of schoolchildren in front of the famous Milton Keynes cow statues,” he said.

Other special moments included a street party in Stroud organised by a music promoter, which raised £350, and an all-day event the following day, when he was joined by some talented singer-songwriters from the Stroud area.

Arriving in Glastonbury for the solstice, he performed in the town and was en route to the Dorset Midsummer Festival – involving the biggest hills of the tour so far.

“I’ve also heard from Tate St Ives that they’d like me to do an event with Bluebell, which gives a great focus for me reaching Land’s End,” he said. 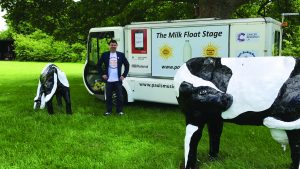 Hard-working volunteers for a Norfolk charity raised over £2,300 in just two days – by providing tea and cakes to visitors to one of the county’s most stunning open gardens.

Fundraisers for the Norfolk & Norwich Association for the Blind put on an amazing display of baking at the Stody Lodge Gardens near Holt, with visitors to the gardens tucking into a range of cakes, scones, flapjacks and biscuits worthy of the Great British Bake Off.

NNAB fundraiser Donna Minto, who organised the teams of volunteers across the two days, said, “We were blessed with two sunny afternoons, which brought lots of visitors to the stunning gardens at Stody Lodge. Catering for so many people all in search of a traditional English tea was a big challenge for a team of volunteers, but they rose to it magnificently.

“We want to thank the Stody Estate for allowing us to provide the refreshments and raise money in this way – their generosity has seen so many Norfolk charities benefit over the years. We hope our teas were worthy of one of the most stunning gardens in the county.”