Police are urging residents to be vigilant following a series of burglaries in the Broadland and north Norwich areas.

Ten incidents have been reported in Acle, Drayton, Norwich, Salhouse and Horstead since December 18 and in the majority of cases suspect(s) have forced entry by smashing windows or doors.

Local policing commander Chief Inspector Wes Hornigold said officers were investigating whether the incidents were linked and that some of the properties targeted had been holiday homes.

He said: “We would urge anyone living in these areas to be vigilant and take the necessary security measures such as ensuring doors and windows are locked. Residents can also help us by notifying police about any suspicious activity or behaviour they may witness. You know your communities better than anyone else so will be best placed to notice if something or someone is out of place.”

A watch and jewellery were stolen from a home in Old Market Close, Acle, on December 18 while overnight on Friday December 21 suspect(s) targeted a property in Orchard Bank, Drayton, stealing van keys before taking the vehicle.

Jewellery and watches were stolen from a property in Norwich Road, Horstead, between December 14 and 29.

An untidy search was carried out at a property in Blenheim Crescent, Norwich, targeted on Christmas Day, although it appears nothing was stolen.

Cash was stolen from a property in Thunder Lane, Thorpe St Andrew, between 1.30pm on Boxing Day and 9.50pm on  December 27.

Between  December 21 and 27 a property in Barn Piece Close,  Salhouse, was targeted by burglars who stole jewellery and watches while jewellery and a mobile phone were taken from a house in Woodside Road, Norwich, on December 30.

Attempted burglaries have also been reported in Ling Way, Coltishall, and The Street,  Brundall, between December 23 and 28.

Officers are urging homeowners to be vigilant and report any suspicious activity to police.

Anyone with information should contact Norfolk Police on 101 or call Crimestoppers anonymously 0800 555 111. 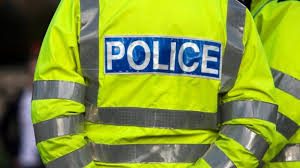