She gained 1,018 votes in yesterday’s (May 24) by-election in the town. Conservative Hal Turkmen came second with 865 votes and Labour’s Peter Harwood was third, with 328 votes.

The turnout was 34.13pc and there were six spoilt votes.

Sue and her husband Richard have lived in Burgh Road, Aylsham, for four years, moving from Hellesdon where she was a parish councillor.

She has two adult sons and used to run a village shop and Post Office servining Bradfield and Antingham. Since then she has started a business in machine manufacturing (Samplex, now Tekpro, in North Walsham).

More recently Sue has had a small tourism business arranging and managing coach tours to France.

She volunteers part-time with a local advice agency. 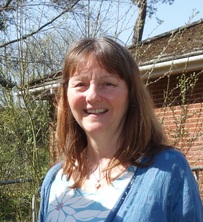