Aylsham High student Victoria Lloyd is forgoing presents for her 16th birthday to help a charity close to her heart.
She asked friends and family to donate to Pancreatic Cancer Research in memory of her grandad Richard Lloyd, who recently died.
“My grandad recently passed away from pancreatic cancer which was unfortunately discovered too late to treat,” she said. “This disease is so incredibly difficult to detect and I am trying to raise money so that other families and individuals do not have to experience the effects of this silent killer.”
On her birthday, Victoria, from Sloley, organised a charity netball game against the teachers.
“I’m proud to say that we got one person from nearly every department which was amazing to see. The game was extremely competitive which made it great fun for the students who watched but even though there were some losers not a single teacher left without a smile on their face.
“Many students and teachers turned up to watch and we raised a total of £128.68 in that one lunchtime.”
Victoria has set a target of £300 by her 16th birthday on May 2, saying: “This year I am asking those who know me to refrain from giving presents and donate to this cause instead.”
As well as the money from the match, she has collected £346 online through Just Giving.
She said: “I can honestly say that this has been the best birthday ever. There is no feeling quite like holding a microphone and speaking in front of all these students that have come to support me and my cause. I had such a close bond with my grandad and he always believed in me no matter what. I could never do as much for him as he did for me but this is a start.
“I would just like to thank everyone who got involved and participated including my sister Holly and my parents. It honestly means the world.”

Anyone who would like to help Victoria can visit her page on Just Giving. 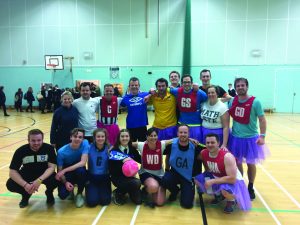 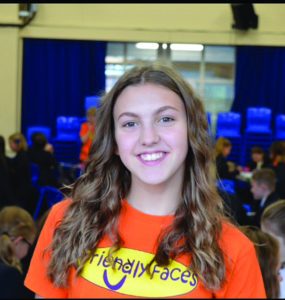