North Norfolk MP Norman Lamb was the latest person to be featured on The Backstory, a local podcast looking at the stories behind the news. He talked to Suzy Coulson about mental health and his own sister’s suicide in 2015.

What’s less well-known is the personal experiences that have informed his work. “Informed but not formed”, as Norman explained to Suzy Coulson of The Backstory podcast.
The interest, it’s clear, was there already. Suzy was meeting Norman to find out more about what motivates his work and why he has chosen to be open about the mental health difficulties his own family have experienced.
“We’re all ultimately vulnerable, we’re fragile human beings and adversity can strike any of us at any moment,” he said.
Norman’s son, Archie, has suffered with Obsessive Compulsive Disorder since his teens. Now a successful music manager, having launched the career of grime artist Tinchy Stryder and collaborated with Jay Z, Archie has made a success of his life but there have been some dark times in which Norman and wife Mary found themselves negotiating the mental health system in a bid to get the right support for their son
“I remember the moment he said to me, ‘Dad why am I the only person going mad?’ For a parent to hear that, that’s quite hard.”
Then, in 2015, Norman’s sister Catherine killed herself after a period of severe depression.
He said: “Our family has gone through the trauma that very many families around our country experience with the loss of a loved one through suicide.”
Before any of this happened, Norman had already launched Zero Suicide Ambition, an initiative that strives to preotect every life.
“The evidence is there for how we can save lives but we’re not giving it enough priority. There’s nothing that’s more important than saving lives. The knock-on effect of a suicide is profound so it’s a really important objective.”

To hear the full interview with Norman Lamb, subscribe to The Backstory podcast with Claire Mutimer and Suzy Coulson on Apple Podcasts or Stitcher. Full details can be found at thebackstorypodcast.co.uk. If you’ve got a backstory to tell, an experience that has shaped your life in some way, then Claire and Suzy would love to hear from you. Email hello@thebackstorypodcast.co.uk or call 07595 335855. 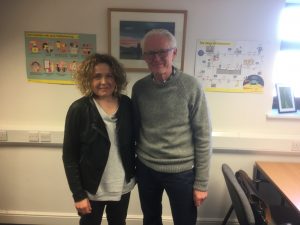 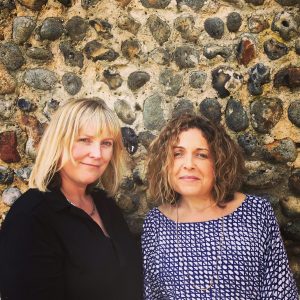