Hellesdon knitter Margaret’s fingers are never idle as she strives to keep up with demand.

Even when she’s “relaxing” in front of the TV her needles are busy.

And the 3,000-plus mice which Margaret has so far produced are playing a vital role in keeping a busy animal sanctuary going.

Their sale to the owners of lucky moggies all over the county is paying the vets’ neutering and medication bills for all the smaller animals in the care of Hallswood Animal Sanctuary, based in Stratton Strawless.

Margaret, of Drayton Wood Road, was persuaded to start knitting the mice by Maria Thornberg, manager of one of Hallswood’s fund-raising shops, in Mile Cross, who knew that she was an expert with wool and needles.

Margaret now knows the pattern by heart and can knit a mouse in about half an hour, producing some 20 each week, and buying the 100pc wool online from her own pocket.

The mice are stuffed with pure catnip by a Hallswood volunteer, and are then sewn up and washed to “felt them” – matt the wool so that the catnip is secure inside.

The finished mice are on sale for £2.50 each at outlets including vets used by Hallswood, the sanctuary’s shops, and the Norwich Gift Emporium, on Lower Goat Lane.

“They are very popular,” said Maria. “Very old cats become kittens again playing with them. One friend bought one for her younger cat but the older one got into her handbag and stole it to play with!”

Demand is so brisk that Hallswood is considering growing its own catnip to save the cost of buying it online. One volunteer has even experimented with spinning wool from the sanctuary’s rescue sheep to cut expenditure even further.

Maria said the success of the mice had been a huge relief to Lyz Hall, who runs Hallswood.

Before, Hallswood had run up large vets’ bills and had had to pay them off a little at a time, or wait for the proceeds of fund-raising events.

Animals in the sanctuary’s care at present include rescued hedgehogs, cats, alpacas, ponies, donkeys, sheep, horses, and a few dogs.

The mice, plus a few real animals, will be making an appearance at Hellesdon High School on December 2 when Hallswood hosts its Christmas fair. 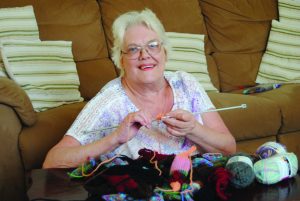 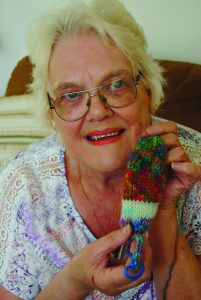 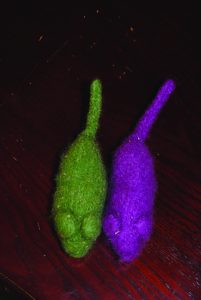