Norman Lamb is known for his strong beliefs on topics from Brexit to mental health. Work experience students Sophie Smith and Evie Cowling, from Aylsham High School, interviewed him to find out more.

Norman Lamb is not known to follow the crowd. The North Norfolk MP stands up for what he believes in and speaks out on those beliefs.

We chose to talk to him about some of the issues which affect young people today, including Brexit and the problems facing teenagers with mental health problems.

Norman campaigned to stay with the EU. He said: “Brexit is a dangerous time, a big mistake and now the government has no plan for how to reach an agreement with the EU.”

He believes Brexit will be hugely damaging to young people, as it could affect those who wanted to travel, work abroad or move to another part of Europe. “Brexit creates barriers,” he said.

Norman has been a massive advocate of improving provision for mental health, which is seen as a big issue within our generation.

He agreed it was an important priority but said care quite often fails young people and families, with services not understanding and treating complex conditions.

“It’s wrong that families and individuals can be left waiting for long periods of time to receive health care and in some cases being turned away if, for instance, with someone with an eating disorder, their body mass index is not low enough to be treated, in terms of having an eating disorder,” he said. And one step we should take, he believes, is to get the subject onto school curriculums. “We can then tackle mental health with young people so that they can understand causes and recognise signs.”

Knowing which career path to take is another big issue for teenagers as they choose school and college courses and universities and we wanted to find out what inspired Norman to become an MP.

He told us he had been interested in politics since a young age and when he was a teenager he got involved in an election and then worked for an MP after leaving university. He loved it but wanted to represent his own beliefs. Most importantly, Norman wanted “to fight for change and make an impact on the world” and he feels privileged that he is able to do what he is doing.

His advice to young women our age was to “reach beyond as there is no glass ceiling”. He added: “In your lives you will have many opportunities and you should learn to reach for the stars.”

One issue for young people is student university loans. Norman explained his party’s ambition had been to make student finances “fairer”. But he accepted that his party had made a big mistake in making a pledge and not sticking with it.

He explained that, in his opinion, the system was fair in that those who went into high-paying jobs paid more and those who were in low paid jobs would sometimes never get to the point where they had to pay.

“We changed the system to get students paying more but only if they went into higher paying jobs as a result of their degree.” Norman then explained: “I see no problem with people who go on to receive very high salaries paying the full whack for their degree.”  He stated that if you don’t earn sufficient income to pay back your university loans they will be written off. “I completely understand why people get worried and anxious about the size of the loan, but the loan does get written off if your salary throughout the year hasn’t been high enough to repay it.”

His toughest question came at the end of the Facetime interview. We asked: “If you reached the final of I’m A Celebrity, what would you have as your final three-course meal?”

So, if you are cooking for him anytime, Norman likes a starter of scallops or Norfolk crab, for main Indian or Thai food and for dessert strawberries and ice cream. 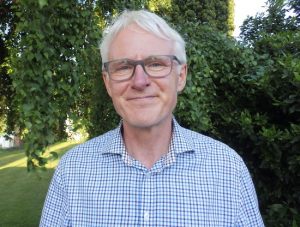 Do you know someone who has promoted enterprise in North Norfolk? North Norfolk MP Norman Lamb is encouraging people to nominate businesses and individuals they know who have played a key part in promoting enterprise for a national honour. END_OF_DOCUMENT_TOKEN_TO_BE_REPLACED