Elsie Aiken had to put down the crossword to make a cup of tea when we went to see her.

She had just finished reading a short story in The People’s Friend (a good one, apparently) and had come in from making sure the weeds were staying away from her immaculate garden.

Not so remarkable on a Wednesday afternoon in Hoveton … but Elsie has just celebrated her 106th birthday.
Born in Barnet, the eldest of three siblings, Elsie knows exactly what to credit for her longevity. ‘I’m fortunate,” she said. “I don’t take any tablets, I haven’t seen my doctor in years…

“I have a lovely life. I get up when I like, I go to bed when I like,” she added with a twinkle in her eye. “My daughter says I mustn’t do something or other, but when she’s not there I can please myself.”

Elsie’s earliest memory is watching a German Zeppelin crash to the ground when she was about four years old.

“I woke up and the room was lit by a red light,” she recalled. “When my dad realised I was awake he said ‘come and see because you’ll never see anything like this again’.

“The basket had caught alight and the flames were going up and I saw it burn, fold and crash down. I was about four. I didn’t think about the men in the basket.”

She went out the next day to find it but did not know where to look – but it was not the last time she would hear about it. When she married for a second time at the age of 85, she moved to Cuffley, Hertfordshire, where the remains of the airship had landed.

“I went out for a walk and saw a stone plaque. When I went to have a look, it was where the Zeppelin had come down,” she said. “It had taken me 85 years to find it!”

Sharp as a tack, Elsie left school at 14 without any qualifications, saying she always strived to be top of the class but was always thwarted by one girl. “I was always next to her – sometimes only by one point – but I never beat her.”

After all these years does she remember her? “Betty Enderby.”

After leaving school, Elsie went to work in a silk factory until she married George in 1930. The couple had four children – Barry, who died, aged 48, and Sharon, Graham and Adrian, who all live with in a stone’s throw of each other in Hoveton. She also has 11 grandchildren but says she has lost count of the great-grandchildren.

She enjoyed bringing up her family as well as working, including as a cashier in the canteen at Legal & General for many years. George, who had been a fireman, worked as a gardener until they decided – aged 68 and 70 – that it was time to take a break.

“But then we were sitting there one day and I said ‘We’re wasting our lives, what can we do?’,” she said. The answer came in an advert for a gardener and a cleaner.

The couple had always enjoyed dancing. Elsie made her own dresses and was a regular winner at fancy dress contests. Even after she was widowed she carried on dancing – which is how she met her second husband when she was in her 70s.

“I went sequence dancing with my sister and her husband, and one night the hall was double booked so we went somewhere else,” she said. “We all sat in different places and Arthur came and sat near me. We got talking and when we went back to the usual hall he didn’t go back to his usual place…”

The pair were dancing partners for seven years but she eventually gave in to his proposals when she was 85, moving to Worlingham, near Beccles. “They read the banns on Sunday and we were married three weeks later. He didn’t let the grass grow.”

Elsie moved to Hoveton when she was widowed 17 years ago. And she thoroughly enjoys her life, spending time with family, doing her crosswords and visiting garden centres – although she does complain of forgetting things at times. “Every day is a holiday,” she said. “And it suits me a treat.” 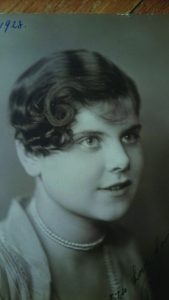 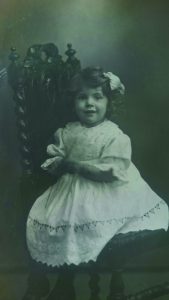 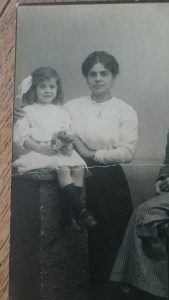 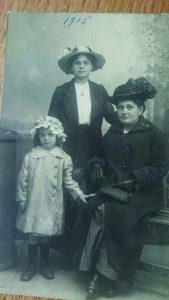 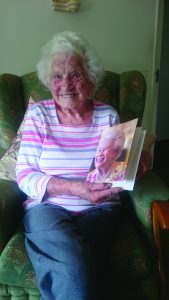 Police are appealing for help to identify a woman following an incident in Hoveton earlier this month.

Between the times of 7.20pm and 7.30pm on Sunday 2 April 2017 a quantity of alcohol and cash has been stolen from the VB of Wroxham Ltd store in the Riverside Centre.

Officers would like to speak with the woman captured in the CCTV images in connection with the incident.

Anyone who may recognise her, or anyone with information, should contact PCSO Laura Charter at Hoveton Police Station on 101.

Alternatively contact the charity Crimestoppers anonymously on 0800 555 111 or via their anonymous online form at www.crimestoppers-uk.org.

Officers have released a CCTV image of  a man they would like to speak to in connection with a distraction theft in Hoveton.

The incident took place at around 1.45pm on Thursday 7 July 2016 at Cecil Amey Opticians, Norwich Road.

An unknown man entered the shop claiming a relative had left a bag at the premises. As staff went to check the man opened the till and stole an undisclosed amount of cash before leaving the shop.

Officers would like to speak to anyone who believes they may recognise the man in the image.

Witnesses are asked to contact PC Nicola Jefferies at Norfolk Constabulary on 101 or Crimestoppers anonymously on 0800 555111 or through their Anonymous Online Form at www.crimestoppers-uk.org. 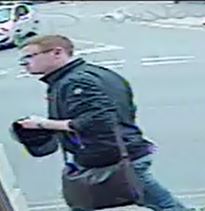 Channel 4’s Food Unwrapped presenter Kate Quilton will officially open the Garden Kitchen Cafe in the picturesque grounds of Hoveton Hall this Sunday (May 1).
The cafe is the latest venture by Norfolk chef Alex Firman and is housed in the old dairy barn. He said: “It’s real food cooked by real chefs using quality local and seasonal ingredients. It’s home cooked food with heart. We’re about flavour not flounce.”
Firman and his team, including front of house manager and former city florist Libby Ferris, grow their own produce in the nearby Hoveton Hall walled garden and source much of their ingredients locally including lamb from the neighbouring Hoveton Hall farm and locally caught fish.
“We want eating in the Garden Kitchen Cafe to feel like drawing up a chair to the best farmhouse kitchen table you can
imagine,” said Alex, who is catering for Kate’s wedding later this year. Kate will carrying out the honours at around noon.
The cafe has a diverse menu including Norfolk Plough Pudding, Tuscan-inspired Sunday roasts and classics like ploughman’s lunches with sour dough bread, Norfolk Dapple cheese and home-made bread and butter pickle. Signature ice cream sundaes will feature innovative flavours like rhubarb and custard ginger crumble.

Children can play in an enclosed field opposite which Alex plans to fill with a mini street of colourfully painted play houses and old wooden boats with sand. 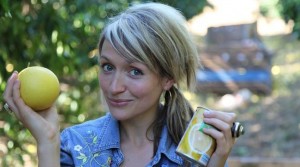 Two independent financial advisors from Norfolk have been charged with a total of 14 fraud offences by officers from the Eastern Region Specialist Operations Unit (ERSOU).

The charges relate to the handling of investments between their businesses, namely Taylor and Taylor Associates Ltd, based in Hoveton, and Vantage Investment Group, between January 2008 and July 2015.

Investigations have revealed so far that the fraud charges are likely to run into millions of pounds.

Taylor and Taylor have been charged today (Monday 18 April 2016) and have been released on conditional bail to appear before Norwich Magistrates Court on Friday 24 June 2016.

Everyone living in North Norfolk who was born in 1930 or earlier is being invited to a special royal tea party to celebrate The Queen’s 90th birthday.

The party will be hosted by Annie Claussen-Reynolds, chairman of North Norfolk District Council on April 21 at Swanton Novers Village Hall 2-5pm, with tea, cake, a tea dance, entertainment and reminiscing.

Mrs Claussen-Reynolds said: “I am really looking forward to meeting and celebrating this unique occasion with North Norfolk’s octogenarians, nonagenarians and perhaps we will be lucky enough to welcome some centenarians.”

Registrations need to be complete by March 14. Formal invitations and further information about the event will be sent by March 31. Organisers are particularly keen to invite people who, like the Queen, will celebrate their 90th birthdays this year.

Companions, spouses and carers are welcome, but their details must be included on the registration forms.

Work is under way on the first phase of the Three Rivers Way, an ambitious project to create a safe walking and cycling route joining up villages across the Norfolk Broads.

Ultimately, this will connect Wroxham, Hoveton, Horning, Ludham and Potter Heigham along the same network, opening the area up to locals and visitors alike.

This first phase runs for 3.7km between Hoveton and Horning and is being built primarily along the northern side of the A1062. It will provide improved local travel to school, work and shops, as well as an attractive route for visitors, and should be ready in time for the peak holiday season.

For those arriving by train, car or bus, the route will be supported by cycle hire at Hoveton, Horning and Ludham Bridge, giving access to healthy countryside cycling, including riverside amenities and Bewilderwood, a nationally-recognised tourist attraction. The scheme will open up access to the Norfolk Broads for those without boats and allow visitors and locals to visit areas that are traditionally less accessible.

It is hoped that a safe route will encourage a wider range of people on to bicycles, including families and the active retired. Their spending power will support village outlets, particularly those supplying food and drink. Increased spending in traditional local businesses will also help support the rural economy. The Three Rivers Way will ultimately connect to the Bure Valley Way and the Weavers Way in the Norfolk Trails network.

Nigel Dixon, county councillor for Hoveton and Stalham, said it was an important step forward in improving sustainable transport options in the area: “Proposals have been adjusted to address some local concerns, but I hope that working together we will be able to deliver an acceptable scheme that will benefit the wider community and tourism sector, helping attract more visitors to the area. This is the first significant step in eventually linking Hoveton to Potter Heigham.”

Peter Howe, Chairman of the Three Rivers Way Association, said: “This is a fantastic day for the Three Rivers Way Association and for the area. We have been working on this project for around eight years, so it is wonderful to see building work taking place at last. It’s a much-needed improvement that will allow people to get out into the countryside.” 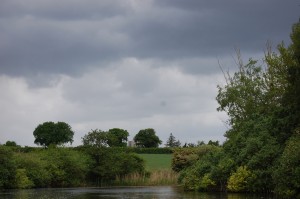