The full 10th anniversary programme for Holt Festival 2018 has just been announced.
The festival brings outstanding theatre, music, comedy, literature, talks, children’s and visual art events to the town for eight days, from July 21-29.
For the 10th anniversary year Stash Kirkbride has taken the helm as artistic director, and has delivered a programme that combines the best of national and international talents with the cream of Norfolk performers.
Introducing the programme Stash said: “It is said that if a festival can make it to its 10th year then it has truly arrived, and having long admired the achievements of Holt Festival I am thrilled and honoured to be invited to assemble the 2018 programme. I hope it does justice to the fabulous legacy left by my predecessors Tony Britten, Delaval Astley and Charles Pugh.”
Major new announcements include a Norfolk Day special appearance by the county’s best loved, most popular and rudest(!) comedy duo The Nimmo Twins (pictured). Making their first appearance at the festival the Nimmo’s outrageously hilarious and hugely popular Normal for Norfolk shows have entertained sell-out crowds for over 20 years. Two major exhibitions put Holt firmly on the international art map. A world-first exhibition of the paintings of one of Norfolk’s best loved adopted sons, Sir John Hurt, will show just how accomplished a painter he was. Another exclusive sees letters from George Orwell to his Southwold lover on public display for the first time ever. Leading political figures will also be in Holt to discuss their lives and careers with well known TV and radio presenters.
Box office: 01603 598699 or online at www.holtfestival.org 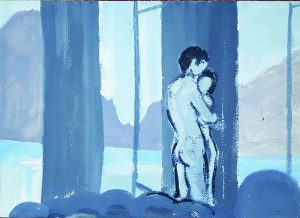 John Hurt as Artist is the first exhibition anywhere in the world of the late screen legend’s paintings (above). Sir John Hurt painted all his life. Aged 17, he attended The Grimsby Art School (now the East Coast School of Art and Design) and in 1959 won a scholarship to St Martin’s School of Art (now Central Saint Martin’s) in London. Most of the paintings in the exhibition have been loaned by his wife, Lady Anwen Hurt, who said: “He took art every bit as seriously as he took his acting career.” 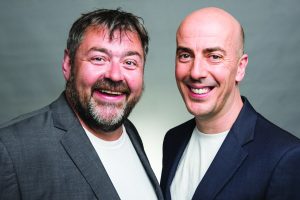 Holt Festival is paying tribute to actor Sir John Hurt by renaming the art prize competition in his honour. And the Sir John Hurt Art Prize is now open for entries.
The honour has been made to celebrate the screen and stage acting legend, who, before his sad death in January had been a great enthusiast for the prize. He served on the panel of judges and presented the award to the winning entry as often as acting commitments allowed.
The Sir John Hurt Art Prize is open to artists everywhere. In previous years there have been entries by artists from all over the UK. There is a cash prize of £1,500 for the winner and in addition the winning artwork will be exhibited at the Sainsbury Centre for Visual Arts in the autumn.
All types of visual art are welcome but entries must be submitted before the deadline of midnight on Sunday, June 18, 2017. Judges will select a shortlist of 25-30 that will be exhibited at the Auden Theatre, Holt from July 23-30. The winner will be announced at a private view on the evening of July 23.

The exhibition is part of the Holt Festival Art Trail that also takes in many other galleries and exhibition spaces around the town.
Last year’s competition once again attracted an extremely high standard of entries with Norfolk artist Lara Cobden winning with her painting The Enchanted Garden, unanimously selected from almost 200 entries.
Alongside his amazing acting career the late Sir John Hurt was a gifted painter. At the age of 17 he attended The Grimsby Art School (now the East Coast School of Art and Design) and in 1959, he won a scholarship to Saint Martin’s School of Art (now Central St Martin’s) in London. He continued to paint throughout his life. He was also passionately interested in encouraging others, in recent years becoming Chancellor of Norwich University of The Arts.
Holt Festival Art Prize organiser and international art appraiser James Glennie said: “Holt Festival was keen to acknowledge the support and friendship Sir John offered the festival. It seemed an obvious move to rename the art prize in his honour.”
This year’s judges are well-known modern and contemporary British art specialist Robert Upstone, who spent 23 years as a senior Tate curator, Amanda Geitner, director of The East Anglia Art Fund, and Sainsbury Centre acting deputy director and head of collections Calvin Winner.
Entry forms can be downloaded from www.holtfestival.org <http://www.holtfestival.org>  http://www.holtfestival.org/whats-on/arts-prize/ <http://www.holtfestival.org/whats-on/arts-prize/> 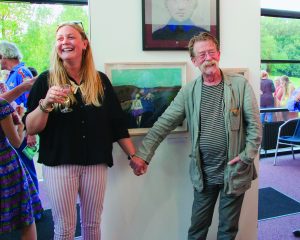 Entries were received from all over the country for the 2013 Holt Festival Art Prize – and the winner is from Norwich!

At a ceremony just before the festival opened, renowned Norfolk based ‘pop’ artist Colin Self awarded former Norwich University of the Arts student Emily Cole the prize and its attendant cheque for £1,500. Her acrylic and oil on paper painting Drifter, is based on a photograph taken during a walk from Manningtree Train Station to Flatford Mill, through Constable Country.

END_OF_DOCUMENT_TOKEN_TO_BE_REPLACED

A North Norfolk Festival is recruiting members for a new choir that will perform in the world premiere of one of the country’s most eagerly anticipated new dramas. END_OF_DOCUMENT_TOKEN_TO_BE_REPLACED