Schoolboy Jaden Ketteringham is already something of a veteran in the world of motocross and grasstrack racing.

The Falcon Junior School pupil recently finished seventh in the British grasstrack finals, just a week after his seventh birthday.

The event was the most prestigious of many in which Jaden’s taken part since getting his first motorbike for his fourth birthday and obtaining his race licence on his sixth birthday.

He became what is believed to be the youngest rider in the country to race with an ACU (Auto Cycle Union) licence when he took part in an event only eight days after turning six.

Jaden, who lives on Sprowston’s Manor Park estate, caught the motor-racing bug from his dad, Alex, a former Eastern Centre motocross rider who takes part in a few grasstrack events each year.

From a very early age Jaden would travel with his dad to practice days and also attended some race meetings with the family, which includes his mum Gemma and little sister Mia, two.

“He never had stabilisers and by the time he was three-and-a-half he was already cycling by himself,” said Alex who works in the motor industry and also maintains, tunes and builds racing bikes.

Jaden practises motocross on several local tracks and is a member of a private club for the sport.

He is also the youngest member of the Norwich New Stars Grasstrack Club which offers a training school and bike hire for children aged six and over.

It’s not a cheap sport – Jaden’s already on his sixth bike.
“We travel across East Anglia mostly but we did travel to the South Midlands to compete in the British final,” said Alex.

“We do have a few sponsors who help out when they can but we’ll be trying to obtain some more for 2019.”

The family has been grateful over the years for sponsorship from Hobbit Classic MX, Bandit Racewear, Rock Oil, Scott Goggles, Wulfsport and DB Wright.

At present Jaden’s using a KTM-make motocross bike which he’ll be able to use for grasstrack too for the next couple of years. It’s capable of reaching speeds of up to 60mph.

Apart from a few cuts and bruises, he hasn’t suffered any major injuries while on the bike although during a grasstrack race in Ipswich last year a stone flew up from the bike in front and hit him in the mouth. “He came in with blood dripping from his tongue,” said Alex.

Undaunted, Jaden has his sights set on qualifying for the British grasstrack finals again next year and this time taking the title.

So far his greatest achievement is to finish fourth out of 12 competitors in the Norwich championship, racing against children one or two years older than he was, and only taking part in 12 of the 18 races.

Jaden says he loves grasstrack racing because it’s “fast and fun” and enjoys motocross because of the jumps, and challenging nature of some of the tracks including undulating ground, natural obstacles and riding in wet weather!
If you’re interested in sponsoring Jaden, email mxgtservices@gmail.com 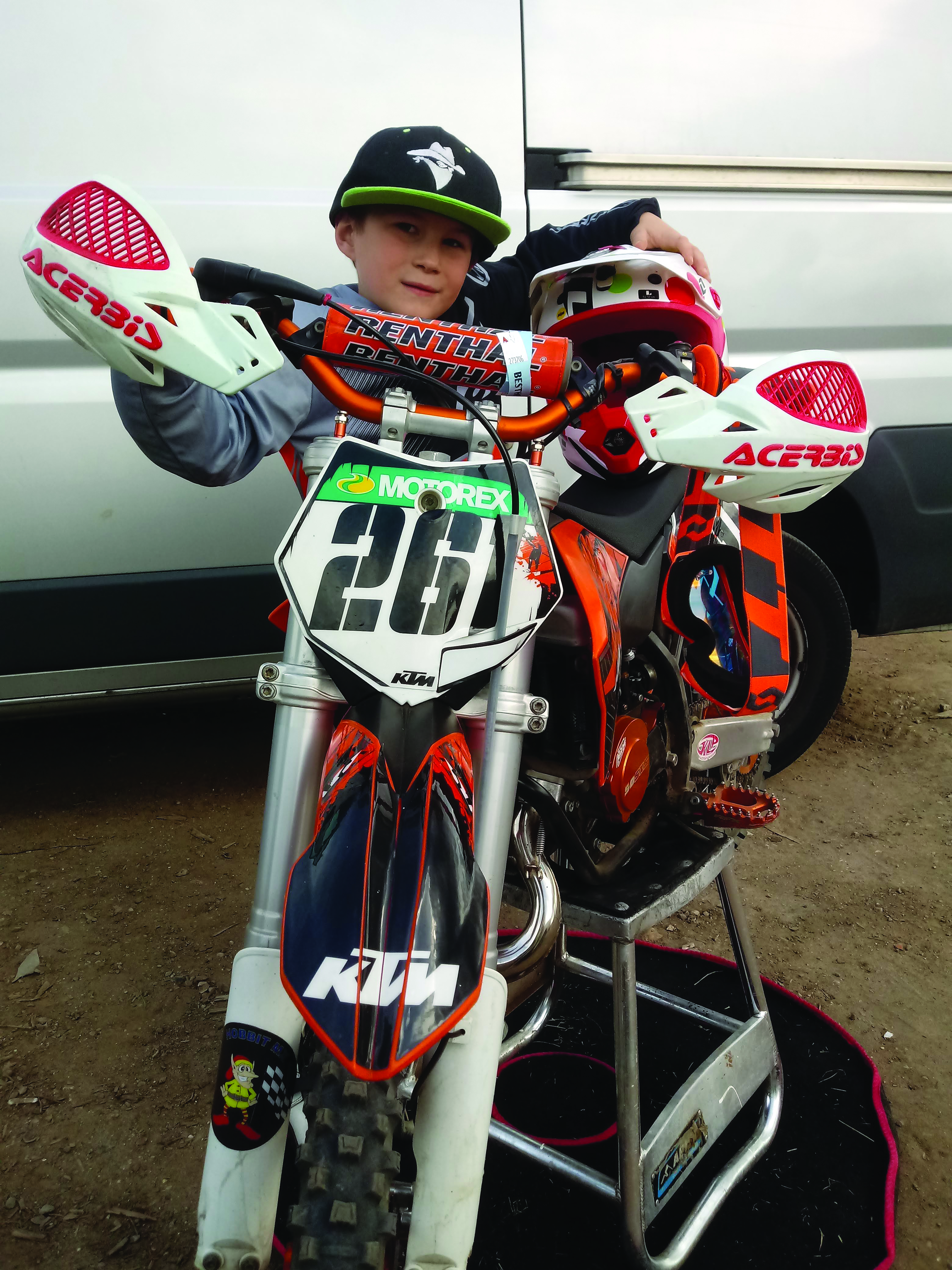 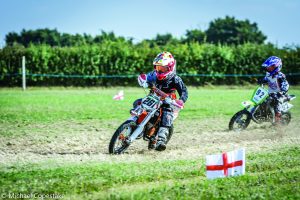 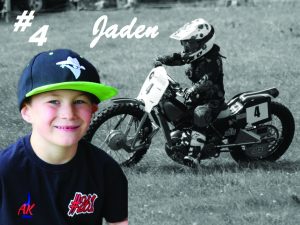