Fascinating nuggets of information about local life and industries a century ago are being unearthed by researchers with the Hellesdon Community History group – and they are appealing for readers’ help.

History group members are compiling a booklet about Hellesdon during and in the aftermath of the First World War and want as much information, and as many photographs, as possible.

Group spokesman Danny Buck said late in the First World War the Army had set up the Hellesdon Depot School of Ploughing, at Hellesdon Lodge, where returning soldiers could be trained in agricultural work, especially ploughing, as well as harrowing and general horse care.

After completing their training the men received a bonus of 10s (50p) and were sent out to work on Norfolk farms. The depot was also used as a hospital for sick horses working in the area of food production. Frustratingly, there are no known photographs of the depot.

And at the former Mann Egerton factory, on Reepham Road – where Anglian Home Improvements is today – aircraft were made to support the war effort, including some of the company’s own design, such as the Mann Eggerton Type B patrol bomber. History group member Keith Evans is investigating the possibility of a memorial to the factory.

“We want to know about every aspect of Hellesdon’s World War One heritage and the changes it made – for example women getting the vote,” said Danny. “We would also like to hear from local community groups about their history – for instance the Parish Room by St Mary’s Church was built in the early 1920s as a response to the First World War.”

The group hopes to produce the booklet in time for a second Hellesdon History Live day this summer, following the success of the inaugural event last July. Members have pencilled in Saturday June 29 for the event as it is close to the centenary, on June 28, of the signing of the Treaty of Versailles which ended the First World War.

“We would love to hear from anyone who would like to get involved with the event – anything from helping with the organising, to presenting something on their community group,” Danny added.

Anyone with information for the booklet is asked to get in touch with the group by February 28 2019, either via its @HellesdonHistory Facebook page, or by dropping into its meetings which are held in Hellesdon Library on the second and fourth Saturdays of each month from 2pm-4pm. 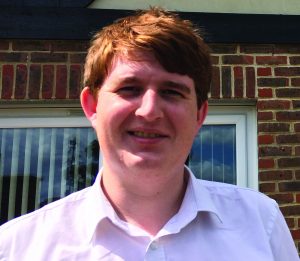 Medieval firepower, a costumed re-enactment group, crafts and many other historical activities and displays will be on show in Hellesdon Community Centre tomorrow, Saturday July 14, from noon to 4pm., The Hellesdon History Live!  event, organised by Hellesdon Community History, is celebrating the 600th anniversary of the first Paston letter.

The Pastons were Norfolk’s most influential family at one time and their correspondence through the Wars of the Roses years has helped historians understand the period. The Pastons’ manor house in Hellesdon was besieged by the Duke of Suffolk in 1465.

Other attractions at the event include Hellesdon Community Choir, Hellesdon High PTA , UEA, and board games with Hellesdon Youth Club. Refreshments will be available. 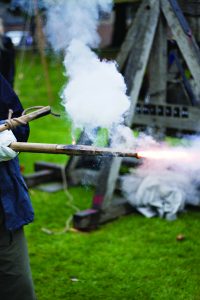 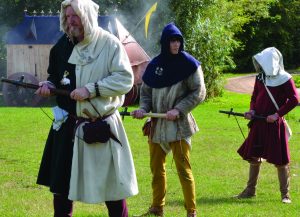