This November and December, Norfolk’s cancer charity, Big C, is calling for local community choirs and musical groups to raise money for the charity at their Christmas performances.

Clive Evans, director of income generation and communications for Big C, said: “Singing and playing music together is good for the soul and a wonderfully festive way to end the year. We would love to hear from anyone who belongs to a singing group, school or church choir, musical group or performing arts centre and is keen to join in with Big C’s Christmas Carols and raise money at their seasonal concerts for local people living with cancer. Every penny raised will go directly to help those affected by cancer in Norfolk and Waveney.”

Big C was founded in 1980, when two young men from Norfolk found themselves with cancer and having to travel to London or Cambridge for treatment, often finding this journey harder than the treatment itself. They vowed the people of Norfolk and Waveney would have access to the best treatment and support in their local areas.

Today Big C funds ground-breaking cancer research at the Norwich Research Park and state of the art surgical and diagnostic equipment. The charity also has four drop-in support and information centres across Norfolk and Waveney that are used by thousands of people every year affected by cancer.

If you are interested in holding a Christmas Carol event for Big C, contact Claire Feek, fundraising administrator on 01603 964501 or Claire.feek@big-c.co.uk 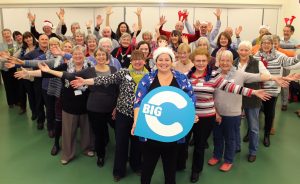 Here’s a chap to look out for when you are out and about on the coast.

Alex Ellis-Roswell is walking 100 miles down the Norfolk coast to raise money for the six RNLI lifeboat stations in the area. He started walking round the 9,500-mile coast of England, Wales, Scotland, Ireland and Isle of Man on August 3, with the aim to raise £10 for every mile he walks. He has raised around £60,000 for RNLI lifeboats.

He said: “If you see me walking over the next few weeks please donate/ beep/ wave/ thumbs up/ tea. And if you can offer somewhere dry and warm to sleep at night, please comment or message,” he said.

You can follow Alex walking in Norfolk on his Facebook profile: www.facebook.com/alexellisroswell and donate to RNLI here www.bt.com/DonateToLifeboats. 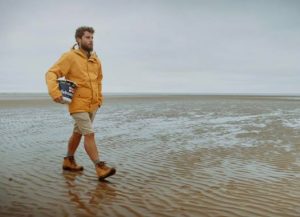 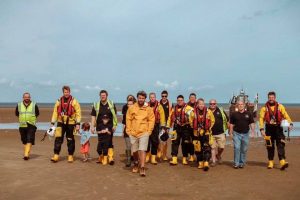 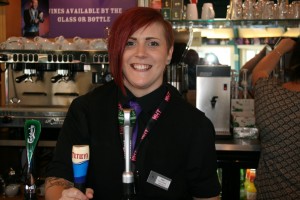 The annual Norfolk Superhero Challenge on Saturday, June 25, will this year be in aid of the East Anglian Air Ambulance (EAAA), with the aim to raise £50,000 for the lifesaving charity.

Starting and finishing at Burnham Overy Staithe, the challenge isn’t for the faint-hearted. It starts with a one-mile swim and four-mile kayak followed by a 45-mile cycle and finishes with a eight-mile run.

In its 10th year and growing in popularity, 200 people are taking part in teams of two and all entrants must raise at least £150 for EAAA, with some gold bond runners raising £1,500.

Sophie Emmanuel, EAAA area fundraising officer, said: “We are delighted to be the chosen charity to benefit from people taking on the Norfolk Superhero Challenge. The money raised will help us purchase baby packs for our crew to take on lifesaving missions.”