Well, that was a surprise.

I knew a couple of Carole King songs, the well-known ones she released – You’ve Got a Friend and Too Late. What I didn’t know was how many songs she penned for others before she became famous in her own right as a singer. Sixties hits such as Will You Love Me Tomorrow by the Shirelles, The Locomotion by Little Eva, Some Kind of Wonderful by the Drifters and One Fine Day were all down to the talented singer/songwriter who sold her fist tune, It Might as Well Rain until September, aged 16.

I had no preconceptions about the show and the programme doesn’t give too much away other than the muscial playlist. I also didn’t know that much about Carole King. Even though I was born in the 1960s the music of the decade passed me by as a child.

Now I do. The musical opens with her performing at Carnegie Hall, then Carole takes up the story, and the audience is taken back to her early musical years as a teenger, meeting husband and writing partner Gerry Goffin at college and their journey to success. Bronte Barbe and Kane Oliver Parry excelled in the lead roles, their musical prowess lighting up the stage and their love during the early days as a husband-and-wife team shining through.

And I didn’t expect the humour. It was really funny. The script raised many a laugh from the audience, there was also plenty of light-hearted action from The Drifters as they performed their hits.

There were also some goosebump moments – You’ve Lost That Loving Feeling by The Righteous Brothers (written by King contemporaries Cynthia Weil and Barry Mann, played by Amy Ellen Richardon and Matthew Gonsalves) was a real rousing number and Carole’s first foray into performing with Too Late was poignant given the ending of her marriage. Barbe also belted out A Natural Woman, a showstopper indeed.

If you have tickets, consider yourself lucky. You won’t be disappointed. If you haven’t got one to this sell-out show, try getting a return, it’ll be worth your while. 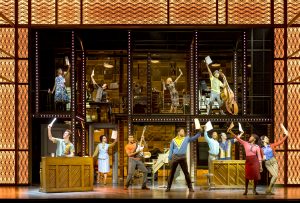 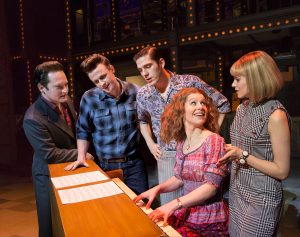 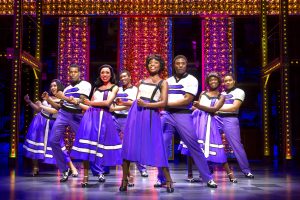