The Fantastic Cromer Pier Show had its debut night on Saturday, June 25, and what a show.
Each year it gets better and more entertaining, if thats possible, and this year is no exception.
There’s a talented and international line-up of star performers. Comedy juggler from Australia, James Bustar, had the audience amazed by his skills and, at the same tim,e laughing at his banter, what a find for Cromer.
The two lead vocalists, Emily Yarrow and Rob McVeigh, were an absolute joy to listen to. Rob with his mellow voice was equally at home with ballads and pop, Emily had the audience enthralled with her excerpt rom Die Fledermaus, known as the laughing song.
A local homegrown talent is comedy impressionist Marea Smithson, who appeared on the 2012 Britain’s Got Talent. Marea can also sing and dance. The seaside special dancers are the backbone of the show and, in their fabulous costumes, dazzle and delight throughout. The young performers from Marlene’s School of Dance were charming and danced beautifully.
The man making the show flow seamlessly is compere and comedian Phil Butler, a very funny man with enormous talent.
The costumes, lighting, scenery and music all go to make this as much an experience of the magic of theatre as a variety show. Cromer is very fortunate to have such a venue that is supported by North Norfolk District Council, which brings a variety of talent and entertainment to Norfolk. The Famous Cromer Pier Show runs throughout the summer season.
Kevin and Sandra Stone
Pictures by Dave (Hubba) Roberts 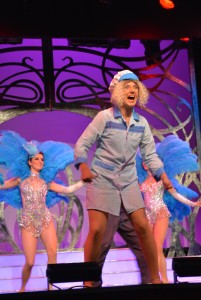 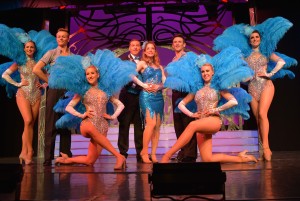