The acting talent of the late legend Sir John Hurt is being celebrated on the community theatre screen which he launched.

The actor, who died aged 77 in January lived in North Norfolk and was a supporter of the venue’s film and stage drama work.

During a week starting on Friday (May 26) the theatre will show a short season of some of his best work including an early role in the Tudor classic A Man for All Seasons, and leads in the poignant Elephant Man and spy drama Scandal.

Theatre director Debbie Thompson said: “Sir John was a great supporter of our theatre, and we miss him very much, so we wanted to remember him through screening some of his best films at a place we know he was fond of.”

Sir John visited the venue regularly to chat to the actors appearing in the summer repertory drama season and during a launch event for the local-filmed movie In Love with Alma Cogan, in which he played a theatre manager.

He also played a “part” as the pre-recorded voice of the Magic Mirror in its Snow White pantomime in 2013.

Debbie added: “We are also hoping to display photographs of Sir John during his visits here – and would invite any members of the public who have memories or anecdotes involving Sir John to share them with us in a memory book we have in the foyer.”

Tickets for each film are £5 through the box office on 01263 822347, or visit www.sheringhamlittletheatre.com 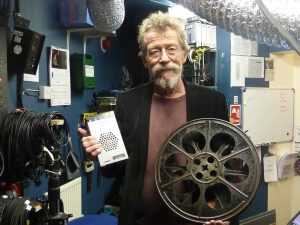