A group of friends has arranged for Norwich Castle to be lit up in gold in memory of a Sprowston girl who died from leukaemia.

September is international Childhood Cancer Awareness month, which has a gold ribbon logo, and the castle will be bathed in gold lights from September 8-15 to remember Emily Gibson who died three days after her 10th birthday in May 2016.

The group includes Deanne Mann whose twins Paige and Abbie were good friends of Emily at Sprowston Junior School.

Last year the twins, now 12, and their little sister Amber, now seven, decided to have their hair cut off to send to the Little Princess Trust which makes wigs for children who have lost their hair during cancer treatment.

The idea snowballed and took place in Norwich’s Castle Mall in May 2017. Others joined in, a tombola helped boost sponsorship raised, shoppers were generous with donations and around £1,100 was collected for the trust with a similar amount sent to Beads of Courage, a charity which helps seriously-ill children stay positive by giving them a string of beads spelling their name which is added to, with colourful beads, each time they reach a milestone in their treatment.

“It was an amazing day – phenomenal. I didn’t expect it to be as big an event as it turned out to be. I was handed 24 lots of hair to send to the Little Princess Trust by people who had had their hair cut too!” said Deanne.

She and the other group members all knew Emily’s mum, Mel FitzPatrick. They had wanted to support her and raise awareness of childhood cancers, she added.

“We hope people in the city after dusk during that week will stop and look at what we are doing in honour of our dear friend’s daughter and for the many thousands of other children who are affected.” 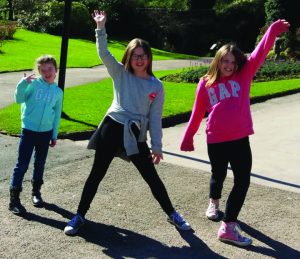 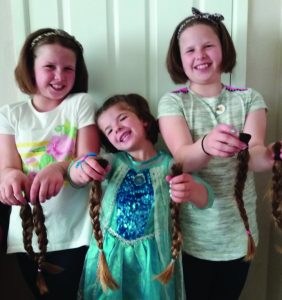 The girls after their haircuts 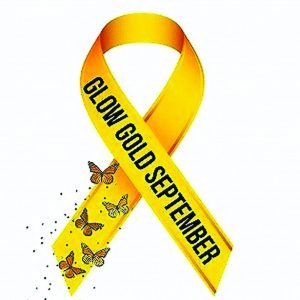