Community projects could benefit from up to a £5k investment as the Victory Housing Trust Community Fund opens for its latest round of funding.

The fund, which is offering £15k in total, is inviting bids for activities and initiatives which are making a difference in Victory’s area of operation, which is mainly in North Norfolk.
The funding can be used to meet different needs, such as for capital projects, venue hire, equipment, start-up expenses, and training across themes including health and wellbeing, community cohesion and tackling disadvantage. A key criteria is that all applications should involve or have the potential to involve residents of Victory Housing Trust.
The fund was launched in 2008 to make a difference to people’s lives and since then Victory has awarded more than £500,000 through 174 grants. In the most recent round of funding, in April 2019, £20,500 was awarded to six projects. This included £2,500 to Lighthouse Charity Trust to set up a Men’s Shed in Sheringham.
The deadline for applications is September 27 and all the bids will be assessed by a panel made up of Victory residents, supported by the Norfolk Community Foundation which administers the fund on Victory’s behalf.
Lisa Collen, interim managing director of Victory Housing Trust explained: “We are looking forward to offering this investment to some great causes in our area an,d if you have a community project which fits our criteria, please do make an application.”
Applications for grants can be made by any organisation or group established for charitable purposes, provided there is a formal structure which allows for monitoring of activity and feedback – official charitable status is not necessary.
Anyone wishing to find out more and apply can do so via the Norfolk Community Foundation website: https://www.norfolkfoundation.com/funding-support/grants/groups/victory-housing-trust-community-fund/

Cromer Academy is opening its doors for a free day of celebrations as it marks its 70th anniversary.

The former Cromer High School and Cromer Secondary Modern School will mark seven decades of educating the town’s young people with a special open event from 10am to 2pm on Saturday, July 6.

Staff, pupils, and families past and present are invited to come and meet old friends, share memories, and view an exhibition of school photos, uniforms, and memorabilia from across the school’s history.

Visitors will be able to tour the classrooms and corridors and discover how the building has changed and developed over the years.

Refreshments including classic cream teas will be on sale in the school canteen.

Headteacher Antony Little said: “Our staff, students, and buildings may have changed a lot over the last 70 years, but what remains the same is our proud role educating the young people of our community.

“We look forward to coming together for this special day as we celebrate our school’s rich history and bright future.”

I never got to see the Beatles perform live, possibly due to the fact that I wasn’t born until 1966.

My discovery of the Fab Four came much later when, as a 12-year-old, I found a stack of LPs and a portable record player belonging to my stepmum, a huge fan who also never got to see them live.

So last night’s performance Let It Be at the Theatre Royal was a right treat for us both.

The show looked back at the musical history of the “mop tops” through the recreation of signature performances such as the Royal Variety Show and Shea Stadium, interspersed with newsreel and adverts from the time. How we chuckled as the newly-married bride lit up with the voiceover slogan “time for a Capstan”.

The four performers were faultless musicians, swapping from guitar to piano and back. The joke back in the day was that Ringo Starr wasn’t the best drummer in the world, he wasn’t even the best drummer in the Beatles. You certainly couldn’t have said that about Ben Cullingworth as a believable Ringo. He was joined on stage by Richard Jordan as John (he passed the test with my stepmum, John was her favourite), John Brosnan as George and Emanuele Angeletti as Paul.

The first half was a tour through the Beatles’ back catalogue from early days to the Sgt Pepper years, the second half an imagined reunion for John’s 40th birthday taking in each band member’s solo material. This included a stunning version of While My Guitar Gently Weeps with the guitar solo masterfully played by ‘George’. George didn’t event play that on the original, it was Eric Clapton.

The audience ranged in age but had one thing in common, they knew the words to all the songs and were encouraged to sing along and get up, clap and dance.

A couple of crowd pleasers ended the concert – Let It Be and Hey Jude – before a standing ovation. A truly uplifting evening of music from one of the worlds best and biggest bands.

(*Don’t actually kill someone, obviously. The show runs until Saturday and tickets are still available. www.theatreroyal.co.uk)

The future of a key building in the centre of North Walsham, which attracted expressions of interest from pub chain JD Wetherspoon and is owned by North Norfolk District Council, will be reviewed and all possible future options identified.

The former town council offices on New Road have been the subject of interest from the company since 2014, but no final contract has ever been signed, despite North Norfolk District Council’s best efforts.

The new cabinet at North Norfolk District Council, chosen at a full council meeting on May 15 following the local elections on May 2d, has decided to look again at what the building could be used for.

Virginia Gay, cabinet member for culture and wellbeing, and ward member for North Walsham Market Cross, said: “This is an important building at the entrance to our attractive market. It’s an absolutely crucial asset for North Norfolk.

“We want the best result for our town, which has great potential to become a significant destination, and its people. But we have an obligation to protect the interests of all North Norfolk’s council taxpayers and ensure that they receive best value for their money.

“The Wetherspoon question has hung over us for far too long and that hasn’t been fair on anyone.

“We are concerned for the future of this building and we will look at all possible options to make sure that it no longer stands empty and unused.

“North Walsham is an increasingly vibrant community, a great place to live, work and study, and this building needs to play an important part into the future.”

An options appraisal for the building will be brought to a future meeting of the cabinet.

The Great British Prom will be taking a break this year with a view to returning to the Blickling Estate in 2020.

Lisa Ward of organisers Revival Productions said: “We have been running this type of concert for many years and experience shows us that sometimes it’s good to have a break, with a view to coming back with renewed vigour.

“The Great British weather worked against us last year, however, we know that this event has become a firm favourite in the Norfolk calendar and so we are planning to come back bigger and better in 2020!”

Jo Bosch, visitor experience nanager at Blickling said “Our summer concerts are something we look forward to all year and are a highlight of our annual programme.

“Classic Ibiza promises to be even bigger and better this year and we really welcome the approach our partners at Revival Productions are taking in asking what their loyal supporters would like to see at the Great British Prom event at Blickling in 2020.”

Lisa added: “Tell us what you’d love to see! We have a year to plan something very special for our Norfolk audience.”

Classic Ibiza will be returning this year on Friday August 9. For full event details please visit www.classicibiza.co.uk or call 01283 841601. 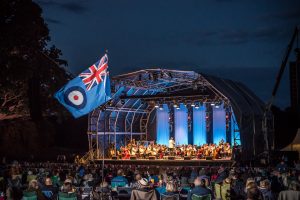 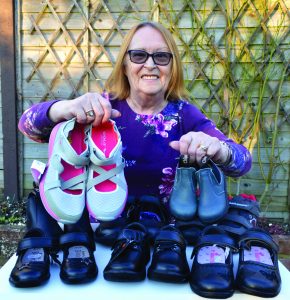 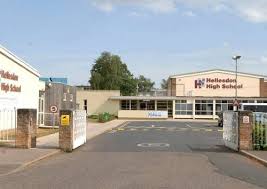