Nostalgic, original wood engravings for Lewis Carroll’s famous Alice stories are to be exhibited at a gallery in Coltishall.
Capital Culture gallery is to present a show of John Tenniel’s whimsical engravings from Alice’s Adventures in Wonderland (1865) and Through the Looking-Glass and What Alice Found There (1871).
In 1981, after being presumed lost for decades, the original wood blocks from the 19th century were rediscovered unexpectedly in the books’ publisher’s old bank vault.
The prints on display at Capital Culture gallery were made from these original wood blocks, which are now in the British Library’s collection, in 1988.
Becky Demmen, from the gallery, said: “Tenniel’s clear and detailed style lends itself well to such iconic and fanciful tales. His experience creating political cartoons and caricatures for Punch magazine is implicit in his exaggerated and imaginative style.”
She said Carroll himself directly guided Tenniel in the depiction of each character, and Tenniel’s images have endured for a century and a half, becoming the inspiring basis for countless reproductions and adaptations of Carroll’s stories.
The show will run June 21 to July 7, with the gallery open Tuesday to Saturday 10am-5pm, closed Sunday and Monday.
During the exhibition opening hours there will be a trail activity for families to complete.
The gallery is also holding a family fun weekend on June 30 and the July 1. There will be a range of activities for children and parents, with the chance to have a closer look at the prints with magnifying glasses and also complete the trail and receive a certificate. Families can also play croquet in the gallery garden and create their own art work.
John Tenniel (1820-1914) was born in London and worked during the latter half of the 19th century as a cartoonist and illustrator.
Capital Culture Gallery is run by artists Rachael Dalzell and James Sparshatt.
The gallery was founded in 2005 and champions art that represents culture, landscape and diversity. After a decade in London, Capital Culture moved to Norfolk.
James said: “We welcome all art lovers, whether they are collectors or possible first-time buyers to enjoy looking at our diverse collection of art in a relaxed and friendly environment.”
Rachael added: “As well as gallery exhibitions we take part in numerous art fairs across the world. Over the last dozen years we have exhibited at art fairs in London, Los Angeles, New York, Singapore, Paris, Milan, Stockholm and Hamburg among others.”
The gallery also holds evening events, artist talks and workshops. 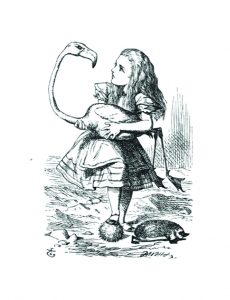 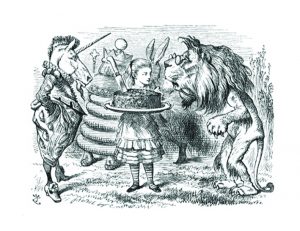